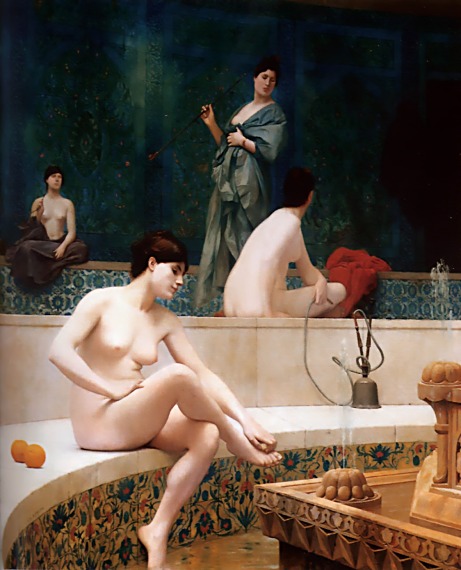 A translation of Nuzhat al-albāb fīmā lā yūjad fi ‘l-kitāb [‘Excursion Of The Hearts In What Cannot Be Found In Any Book’], written by Shihāb al-Dīn Aḥmad Ibn Yūsuf al-Tīfāshī (1184-1253).

The book is an invaluable source on Muslim perceptions of sexuality and contains probably the most detailed descriptions of male and female homosexuality. In addition, it provides a unique insight into the erotological genre in Arabic literature. Its author is without doubt the most famous author of erotological works in the history of Arabic literature.

After a preface and introduction, the book contains the following chapters:

Born in the village of Tifash (in present-day Algeria close to the Tunisian border), al-Tīfāshī came from a family of judges. He, himself, received his early training in Gafsa and then went to Tunis to continue his studies at the Zaytuna mosque university, which was one of the leading centres of learning in the Muslim world at the time. He completed his education in Cairo and Damascus studying under prominent scholars of the day. When he returned to Gafsa, he was appointed a judge. For reasons still unknown, he later left the judiciary and left for the East again. On the way there, tragedy struck and the boat carrying him and his three children sank, but he was the only one to survive. He subsequently led a roaming existence, visiting Iraq, Persia, Syria, before settling in Egypt, where he also died. He was held in extremely high esteem by his fellow scholars, several of whom refer to him in their works.

Al-Tīfāshī’s fame rests primarily on the erotological works he wrote, which also included a Kitāb Rujūʿ al-shaykh ilā ṣibāh fi ʾl-qūwa ʿalā ʾl-bāh (‘Return of the old man to his youthful sexual potency’). In addition, he was considered an authority on mineralogy with Azhār al-afkār fī jawāhir al-aḥjār (‘The blooms of thoughts about the precious stones’) remaining a basic reference work for many centuries. He also wrote on medicine and authored a monumental scientific encyclopaedia, most of which has unfortunately been lost.

Here is an excerpt (from chapter 9):

“The principal condition for prowling is a small cock; a big one makes this act impossible since it would expose its owner to being boxed around the ears or to have his beard plucked.

Here are some of the stories that are recounted on this subject.

A man who was endowed with a huge cock, prowled a delicate beardless youth, who was awakened when he felt the size of it, grabbed it and called out for help. A lamp was brought and revealed that the erect cock he was holding in his hand was similar to that of a donkey. The youth said to those present: “By God, my friends, is this a cock with which a man can prowl? It is not likely anyone can accommodate it whilst being awake, let alone asleep!” After that they set upon the perpetrator from all sides.

The fishhook and thread have the following benefit usually. When a youth sleeps in the company of others, he is in fear of them and, once they are asleep and the light has gone out, he moves elsewhere to sleep by himself. So, if someone wants to grab the youth, they won’t find him in his spot, and indeed may stumble upon another person and be exposed. The prowler, however, attaches the fishhook to the hem of the youth’s garment, while holding on to the thread, so that when the boy moves to another location, the thread goes with him. The prowler then gets up and follows the thread to where the boy has gone. Once he arrives on the spot, he shortens the thread and applies the fishhook to the mat or rug on which the boy is lying; if the latter should wake up and start moving, the thread will move as well, thus allowing the prowler to achieve his aim.”