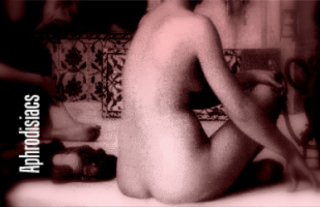 In Arabic, there is no link between the Greek goddess of Love, Aphrodite, and substances that arouse and enhance sexual desire or prowess. Instead, the term that is usually encountered is muqawwiyya, ‘strengthener’.

In terms of effect, aphrodisiacs tend to be phallocentric for the most part in that they aim to increase the size and/or stamina of the penis. Even when women are the subject, it is because of the enhanced sexual pleasure provided to men through, for instance, tightening the vagina or enhancing its fragrance.

Several authors, such as  the Persian-born scholar Naṣīr al-Dīn al-Ṭūsī (better known for his groundbreaking work on astronomy) , devoted an entire book to aphrodisiac potions. Here is an example of an invigorating grape syrup:

Take the weight of 300 dirhams* from the cooked mixture and add 50 dirhams of white bee honey,210 or white sugar, and cook until the froth appears. Then take two dirhams each of ginger and Chinese cinnamon, and one dirham each of Indian aloewood, amber and Indian spikenard. Crush all of these into dust, strain through a silk cloth, and add to the syrup. Boil it for a second time for one hour over a low fire, until everything is mixed together. Remove from the fire, wait until it cools down, and transfer to a glass container. To eat the syrup, take 40 dirhams and mix it with the same amount of water, and drink. This is beneficial, Allah the Almighty willing. It strengthens the stomach, heats the liver, brightens the face, purifies the blood, strengthens innate heat and invigorates coitus. Even if you were to have intercourse with ten slave girls, you would be able to pleasure them all without fatigue, weakness or discomfort. Your energy will be increased. However, wait two hours before coitus and do not eat anything until afterwards. You will see the wonders it does, Allah the Almighty willing.” (The Sultan’s Sex Potions, pp. 105-6)

This is what it looks like when it’s made: 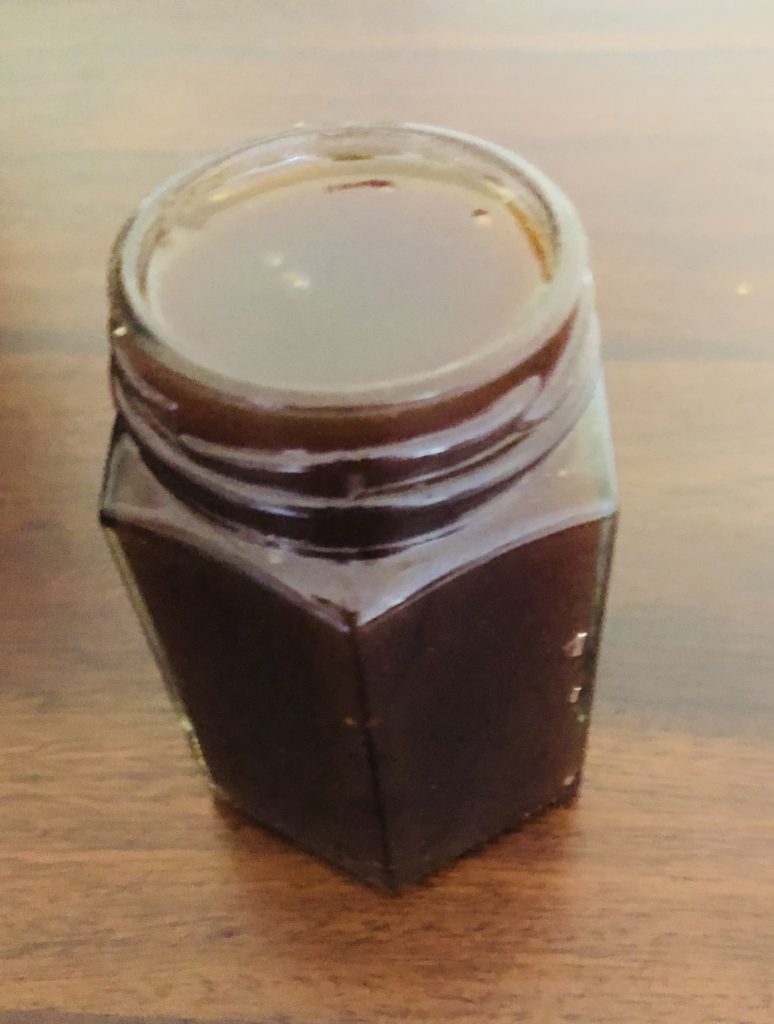 For those eager to try it out, please order here.